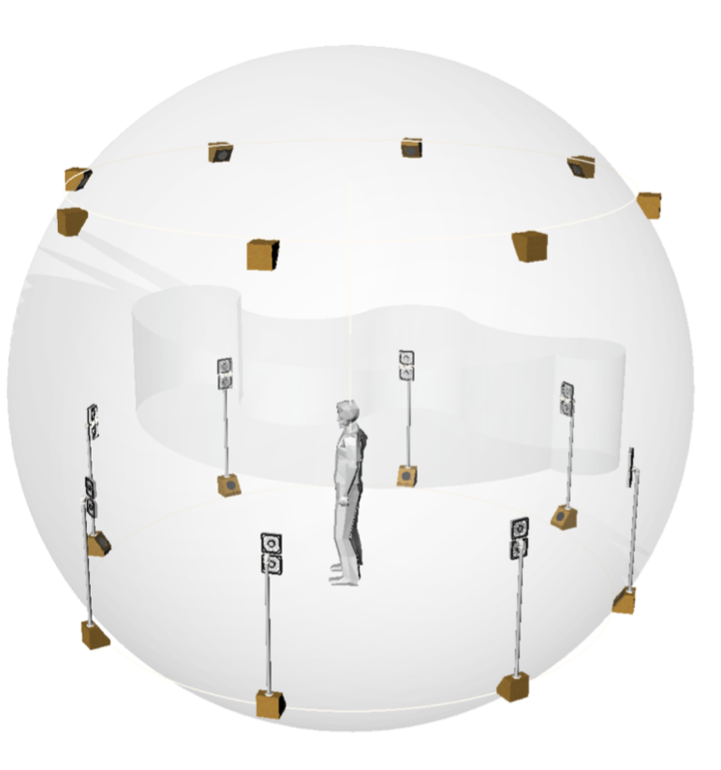 Aeolian Traces is an immersive installation that utilizes a hybridization of data harvesting, physical installation, algorithmic composition and spatial sound. Presented through a combination of a multi-channel sound diffusion system and an 8-channel ventilator (DC motor fan) setup, the piece creates wind currents in a gallery space triggered by human migration data.

A screen displays the project’s informational content, visualizing migration data as suspensions of nodes in three dimensional space, and displays connections between each node as they come into close proximity with each other.

To establish an ephemeral sense of movement around and about the visitor, the ventilators are synced with sounds of wind, where visitors to the space are able to simultaneously feel and listen to them. On the screen, each node represents a percentage of the migrant population from a particular country, geo-located and set in motion towards their documented destinations. Sound, image and wind are profoundly connected- the directionality of migration mapped to the movement of all three elements within the Ambisonic sphere. Spoken narratives in native languages are also introduced in the piece as whispers that reveal themselves as they passage from one location to another.

Aeolian Traces was first presented as part of the Windward||Windword exhibition at the Jacob Lawrence Gallery after a period of artistic and technical research at DXARTS at the University of Washington. It was further developed at the Alice Lab for Computational Worldmaking at York
University in Toronto, and has been presented at the Seattle Art Museum in conjunction with the REMIX festival, at the Gladstone Hotel Gallery as part of Nuit Blanche 2017 in Toronto, at the Currents New Media Festival in Santa Fe (2018), and at the Penny Stamps Gallery in Michigan as part of the New Media Caucus “Border Control:Traversing Horizons in Media Practice” exhibition in 2019. 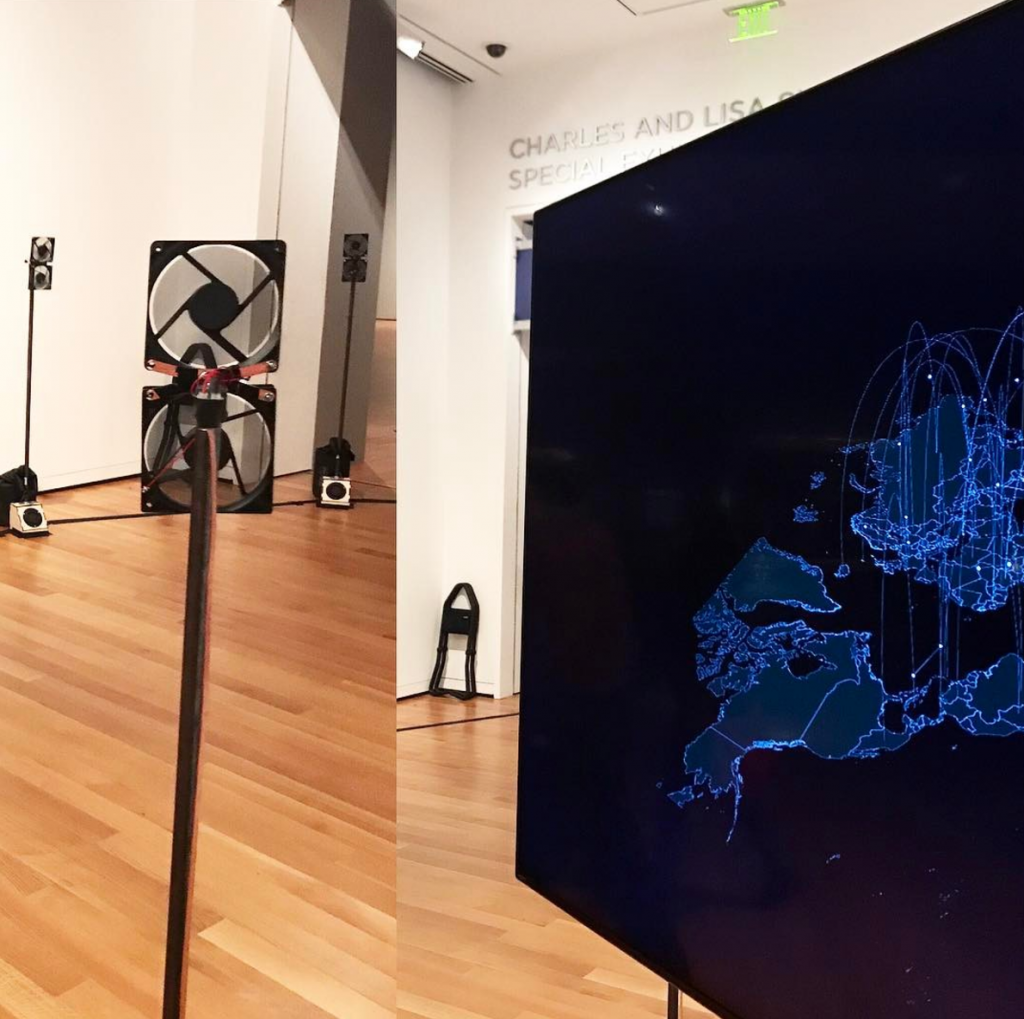 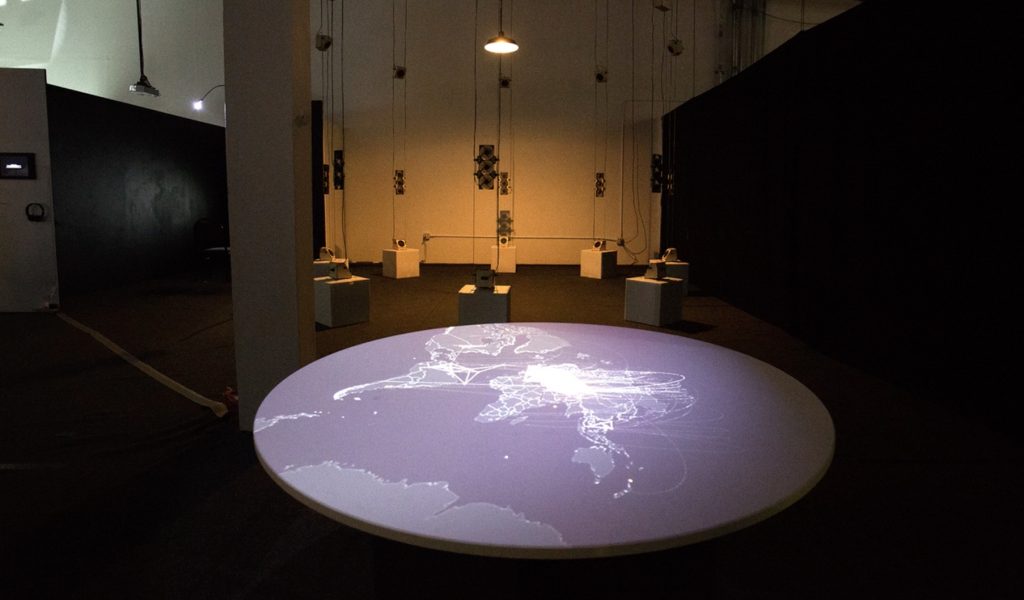 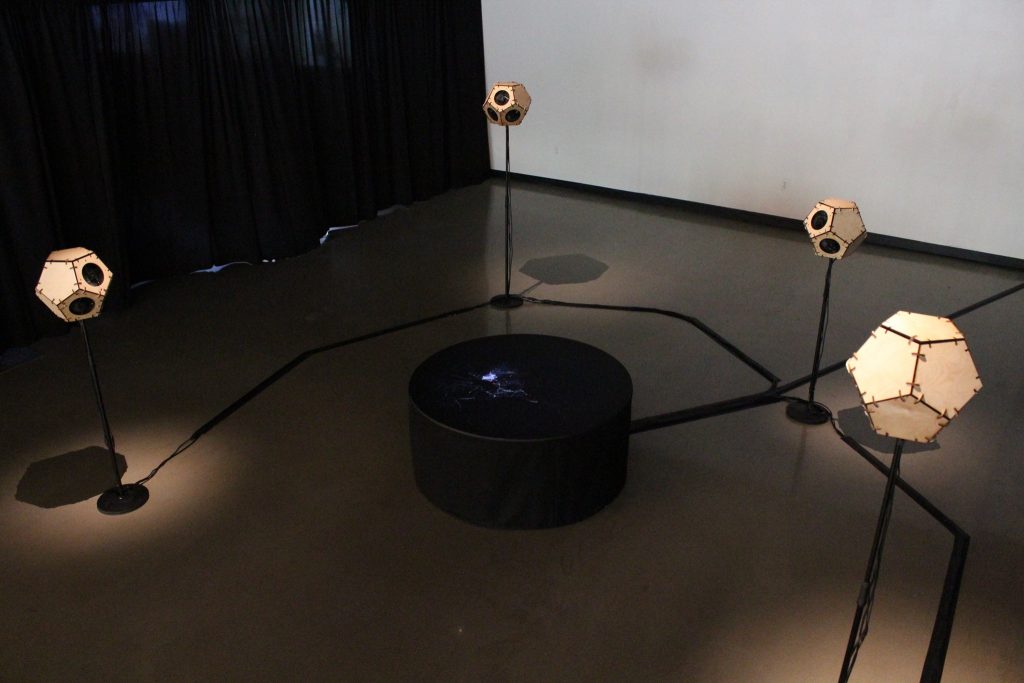 Aeolian Traces at the Stamps Gallery in Michigan 2019 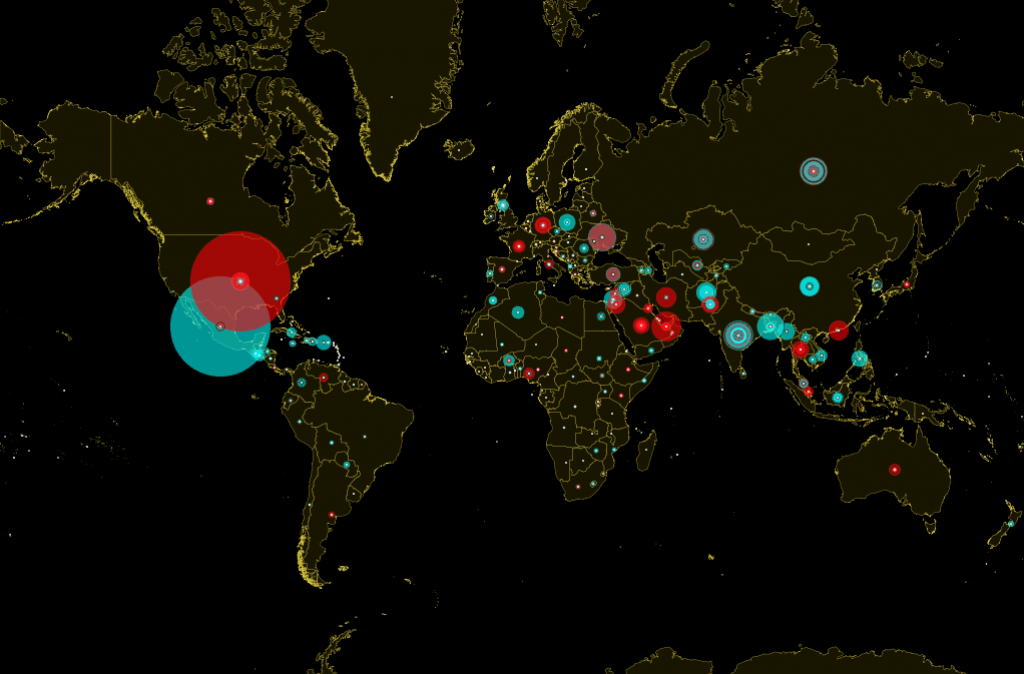 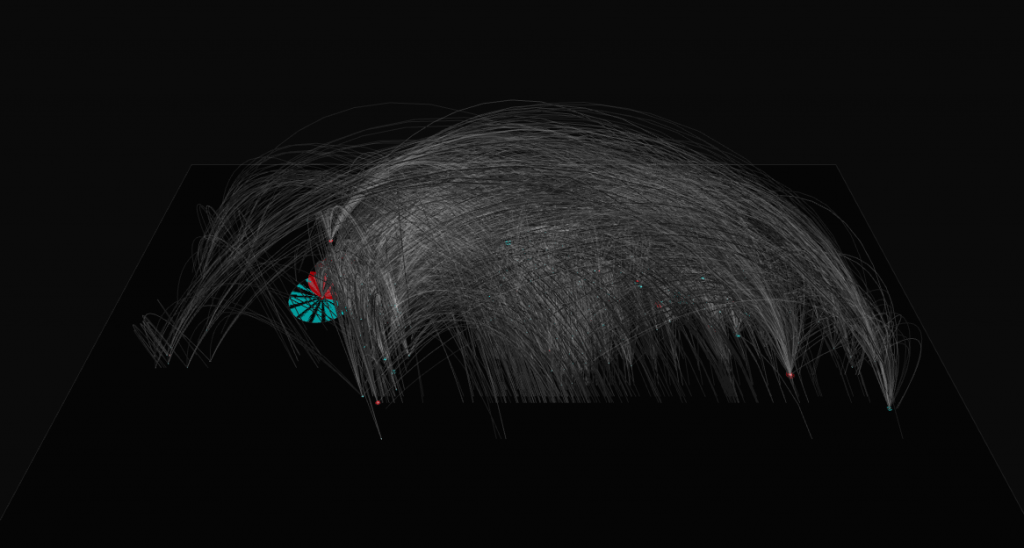 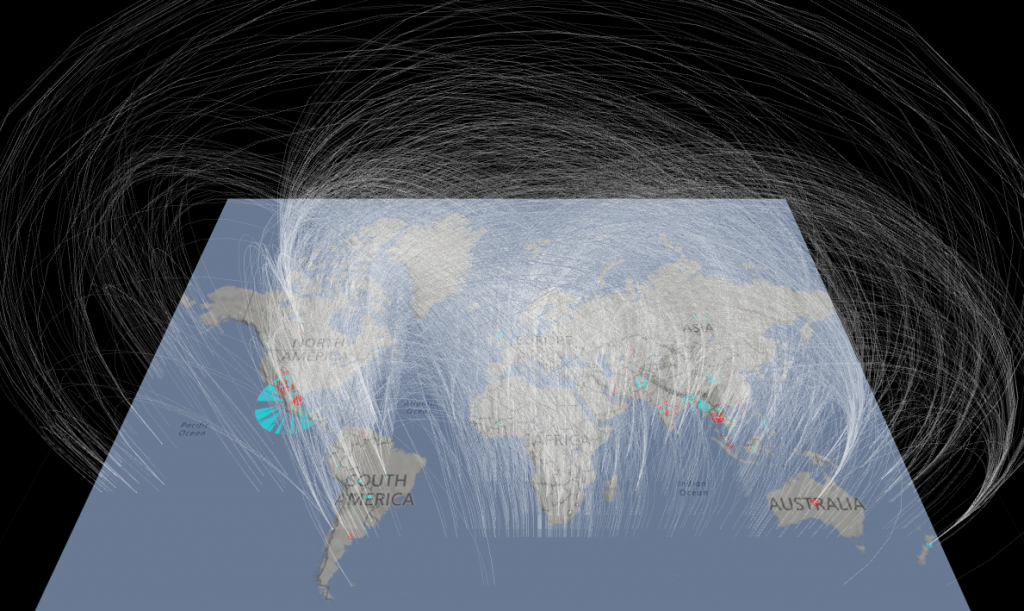 Aeolian Traces is a practice-based research project that utilizes a hybridisation of data harvesting, physical installation, algorithmic composition and spatial sound.  The piece thematically explores an experience of environmental flux by harvesting real time weather data, presented through a combination of a 16 channel periphonic Ambisonic diffusion system, and an 8-channel DC motor fan setup. The soundscape is composed using a metaphor of dust to structure particles of micro-sound that are perturbed, moved, reconstituted indefinitely.  This is the 3rd Project in the artistic research series Windward ||Windword

Windward || Windword: documents the practice-based research undertaken by the artist through several site-specific installation pieces[1] using data as content and structural medium.  It seeks to develop a relationship between aspects of our natural and digital environments, proposing that interconnected electrical currents and elemental forces contribute to the emergence of a techno-scientific nature characterized though hybrid ecologies, charged environments and fluidities between techno-cultural systems. The dissertation discusses how the in vitro, in vivo and, since computational art, in silico can be recast as fluid mediums for artistic production in Windward || Windword, building on cultural critiques in interdisciplinary topics as various as media theory, ecology, sound art, digital art, database art, transcendentalist literature and narrative geography. 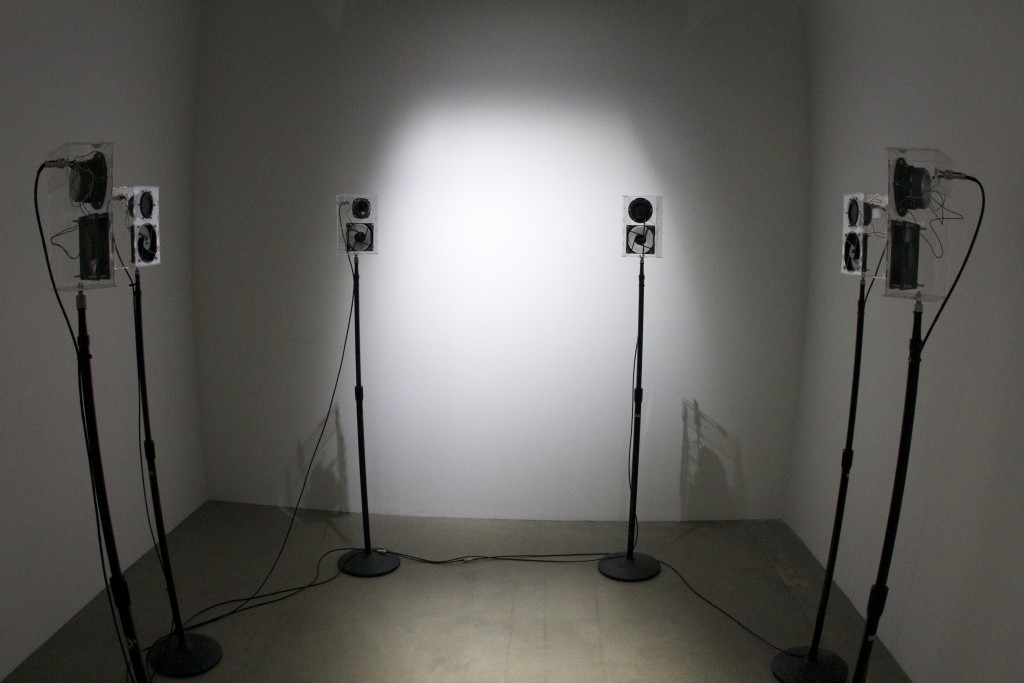 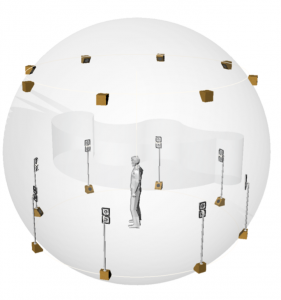 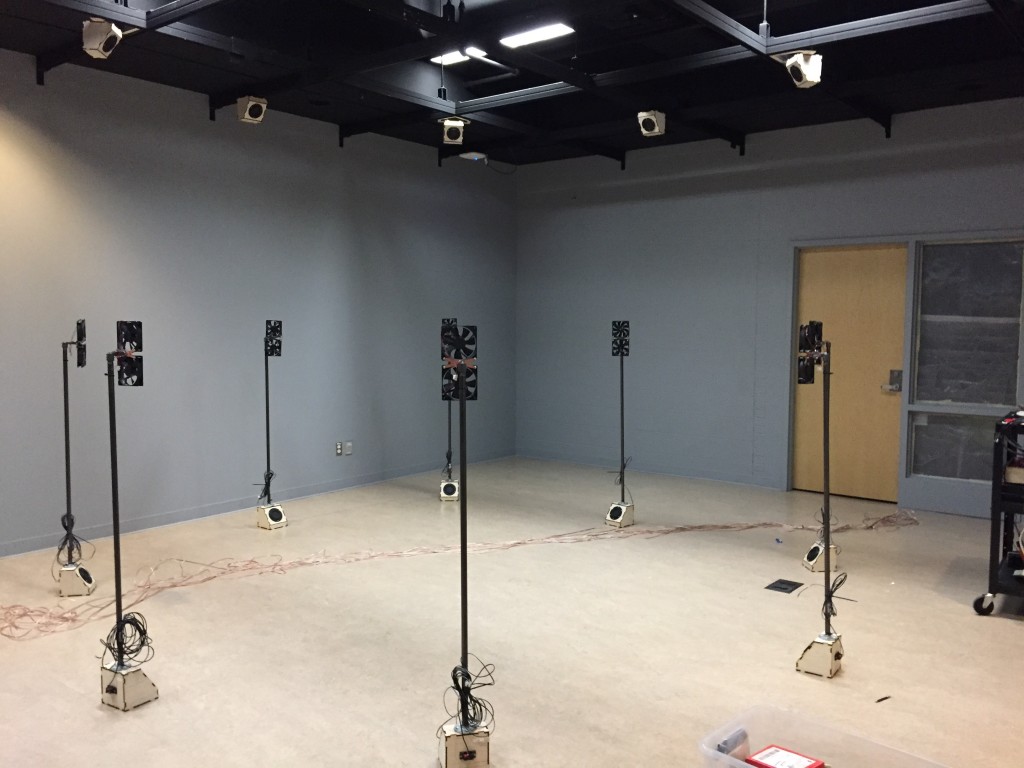 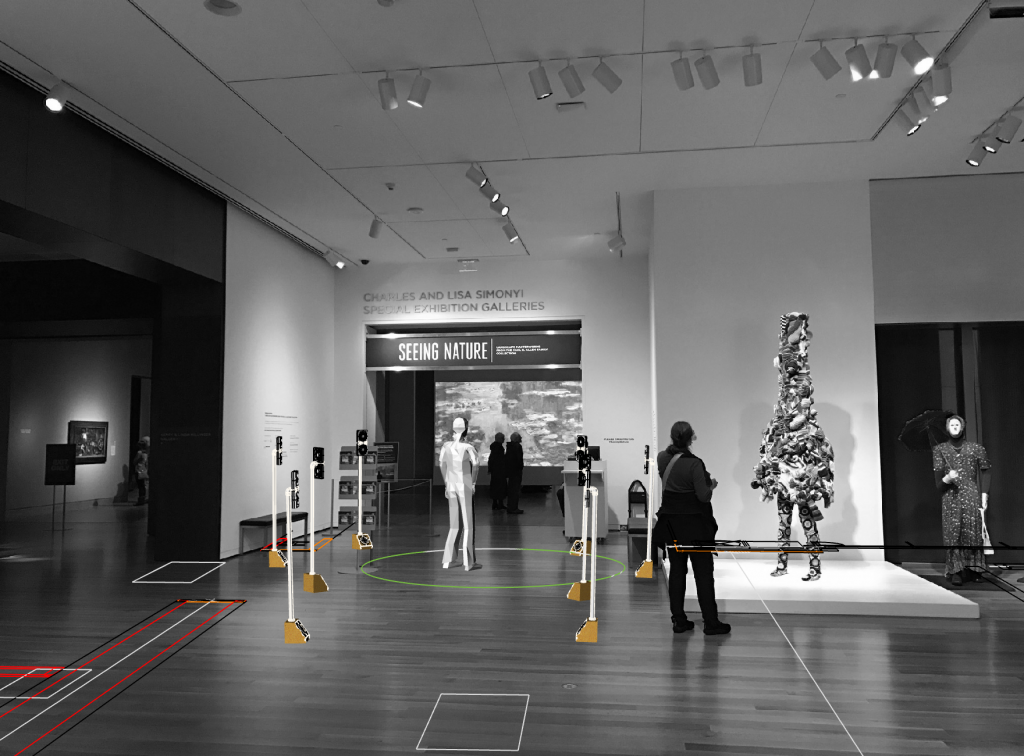 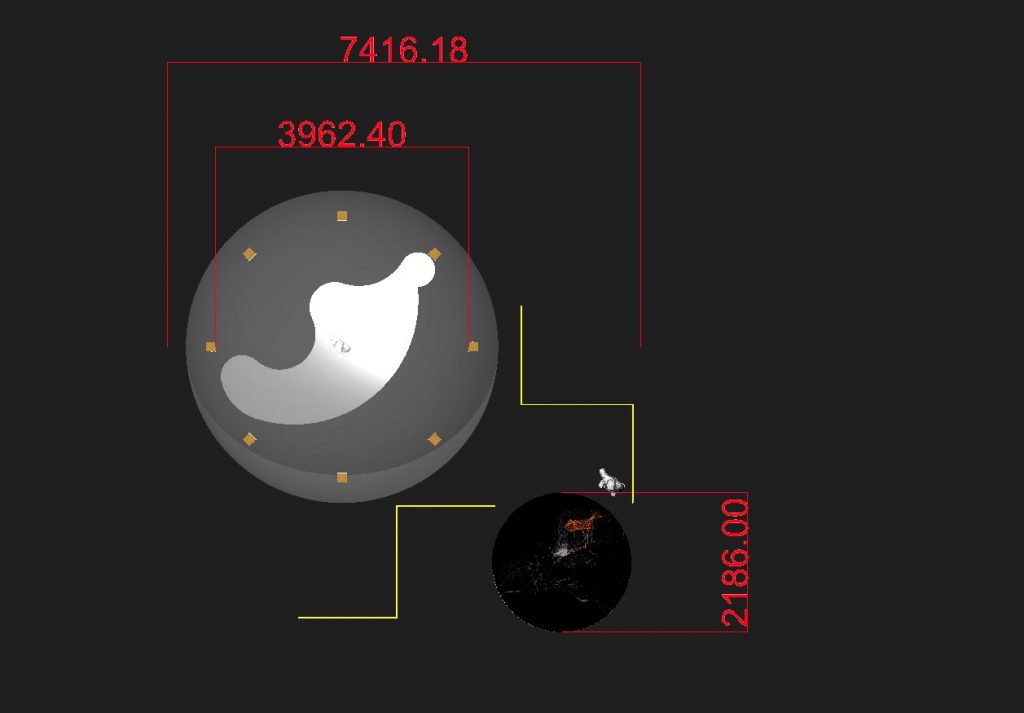