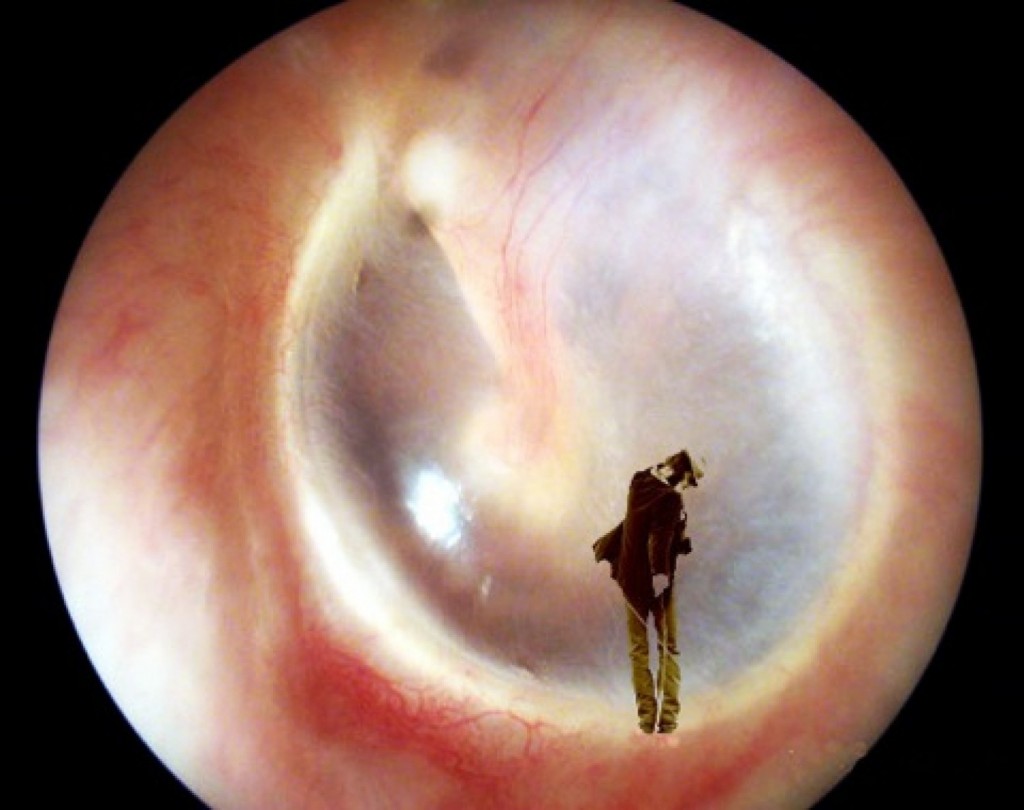 What would the eardrum sound like if we were small enough to stand up next to it? 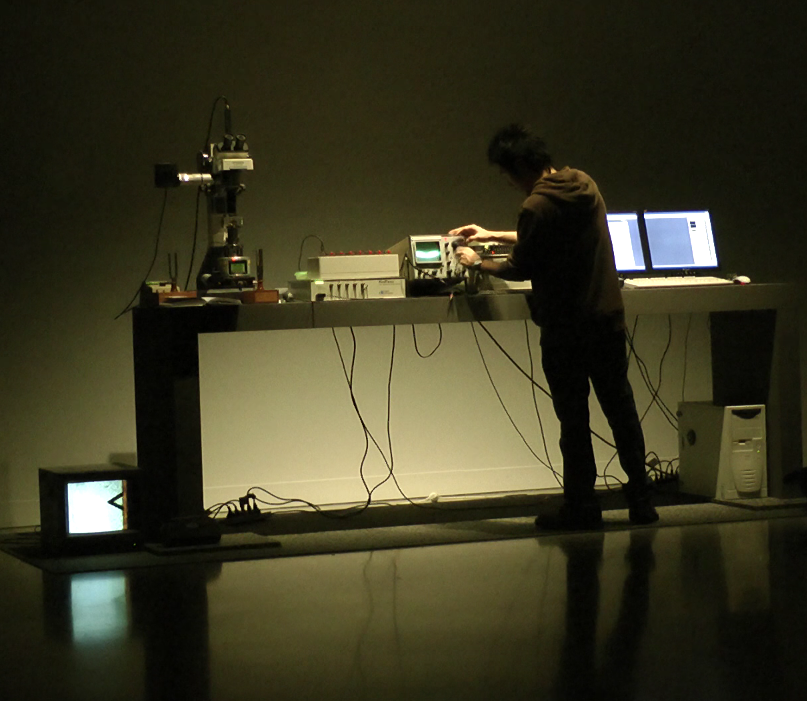 Silk fibroin is currently researched at the Ear Science Institute as an otological graft material for chronic tympanic membrane perforations.  Its form and viscoelasticity, as well as the extent of success by which new hTmks (Human Tympanic Membrane Keratinocytes) are seeded on the membrane.  Nanovibrancy utlizes this silk fibroin membrane as a symbol of the artificial ear.  In the experimental setup, HaCat (skin) cells are seeded on the membrane and cultured to achieve confluence.  They are then probed under the atomic force microscope, where atomic vibrations are recorded.  The microscope is left in the open laboratory environment in a gesture of expanded listening.  Notably, most AFM recordings take place in an acoustically isolated, air and temperature modulated environments. 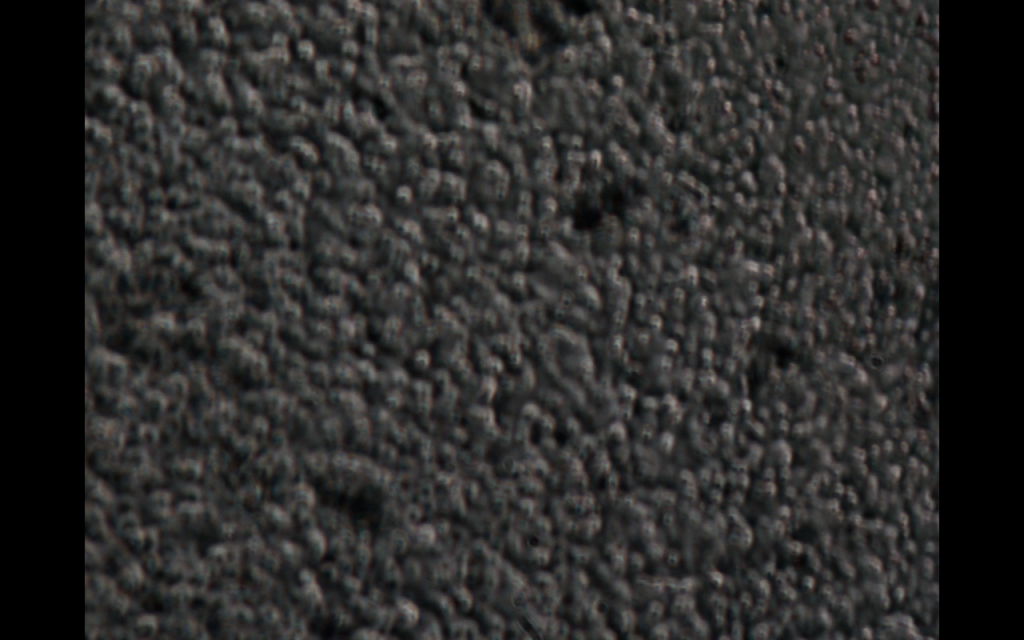 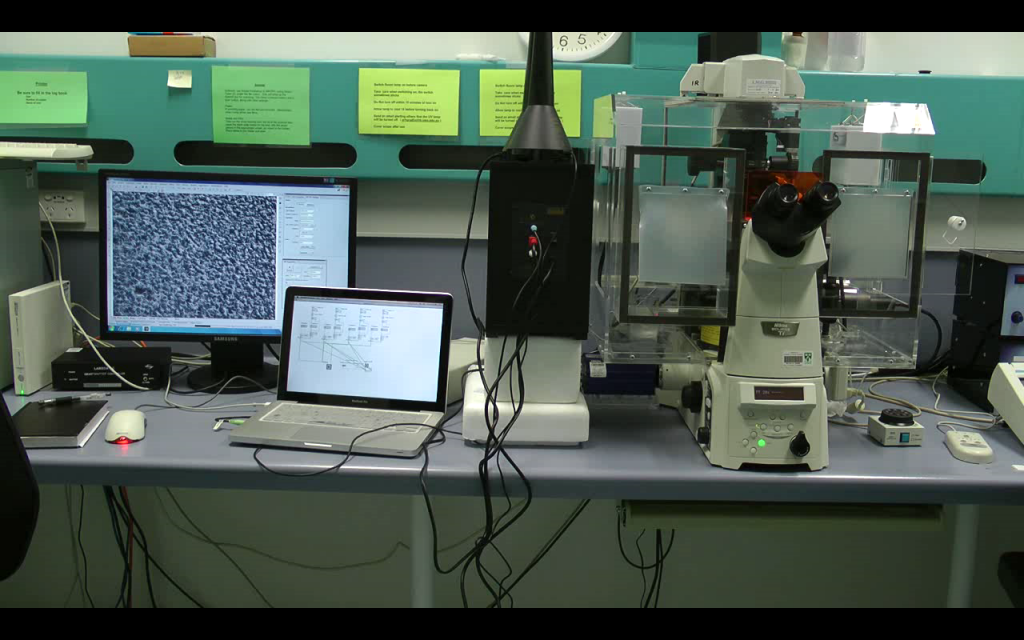 The atomic vibrations in amplitudes of nanometers are recorded and amplified to hearing range.  The sampling rate is also corrected for compatibility with modern sound devices.  This is done through an interpolation and amplification code written in IGOR (Bioacoustics software) and sonifies the data to hearing range.  In the initial experiments, instrumental/technological artefacts were noted through FFT measurements (50Hz and harmonics) but these were left in place in order to implicate technology in the listening assemblage. 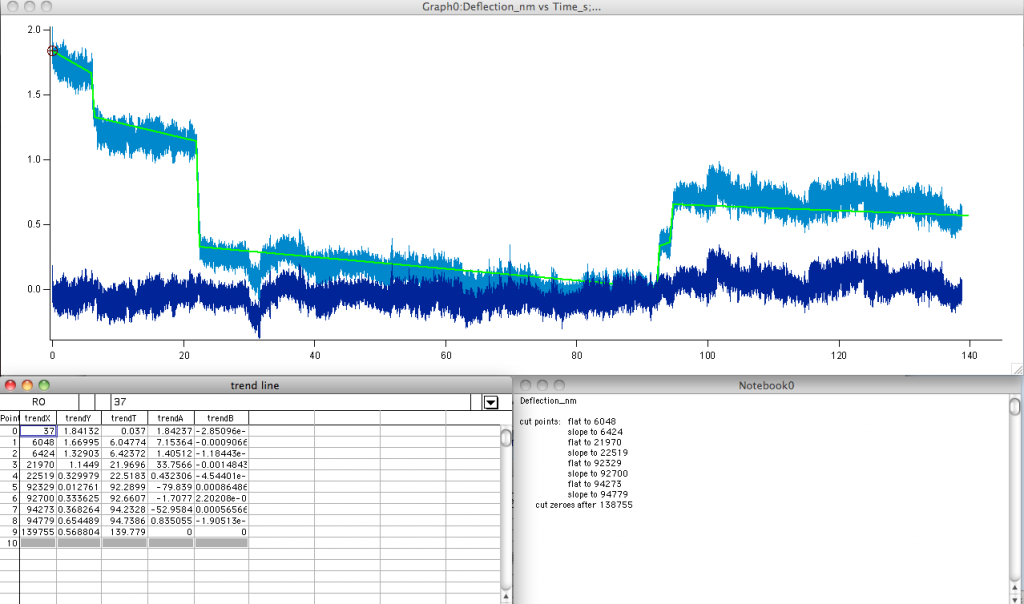 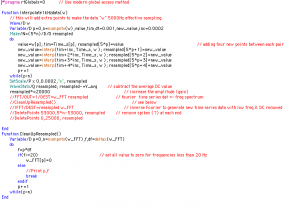 In subsequent experiments, the use of a breakout box (Signal Acquisition Module II) improved resolution of the sound, bypassing the need for computer processing as the voltage signals from the laser in the AFM could now be accessed directly and patched to the amplifier/speaker setup through conventional BNC cables.  To improve the quality of the listening fidelity, a 3mm hole is bored through the metal stage holding the membrane to allow for a small circle of suspension.  This freely suspended tympanic membrane of 3mm in diameter mimics the size of a guinea pig’s eardrum – the classic scientific model for in vitro and in vivo tympanic membrane experiments. 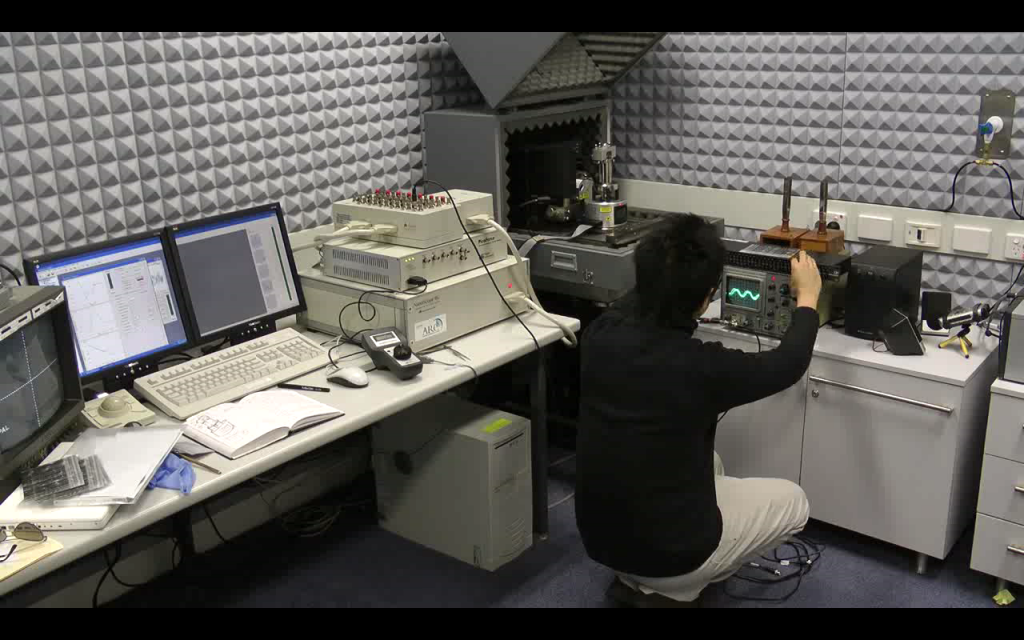 The AFM is placed in the gallery space, and controlled live by the artist who takes on the role of engineer.  He controls the X,Y and Z axes of the cantilever via Nanoscope software and a haptic interface (PICO Angler).  Pushing into the membrane with the cantilever increases the integral gain and feedback levels of the membrane, also provides a lower frequency throbbing. Leaving the probe close to the surface of the membrane yields a higher fidelity sound but is focused around the higher frequencies (1KHz to 15KHz).  The engineer also controls a graphic equaliser to smoothen out the recording levels, as well as to control the amount of feedback in the system.  As the eardrum listens, its surface vibrations (as voltage deflections) are amplified through a 4.2 channel surround system that is positioned around the visitor’s seating plan.

Nanovibrancy is concerned with the experience of listening as conductive resonance through the continuum of atomic vibrations through techno-scientific assemblages.  It extends the physiology of the human ear into mechanical, computational and architectural bodies.  As a sound piece, it also discusses space and the overlap of an imaginative ‘miniature’ on the perception of human-scale phenomenon.

Sound Links: (More composed sound can be found under the Audiovisual section of this website)

Cantilever moving on and off the surface of the membrane, ‘pop’ occurs when the cantilever is pulled off as the membrane snaps back into place.

James_Ong discuss cantilever position – Ralph James and myself discussing the changes in sound that occur as the cantilever is pressed into the membrane and lifted off it.  Changes in fidelity and distortion/volume are observed.

Nanovibrancy was presented with the support of SymbioticA, the Centre of Excellence in Biological Arts, the Curtin Nanochemistry Institute at Curtin University, the Ear Sciences Insitute of Australia and is held in partnership with the John Curtin Gallery.

This project has been presented at ISEA2012 Istanbul as well as the SuperSonix Conference in UK in 2012.