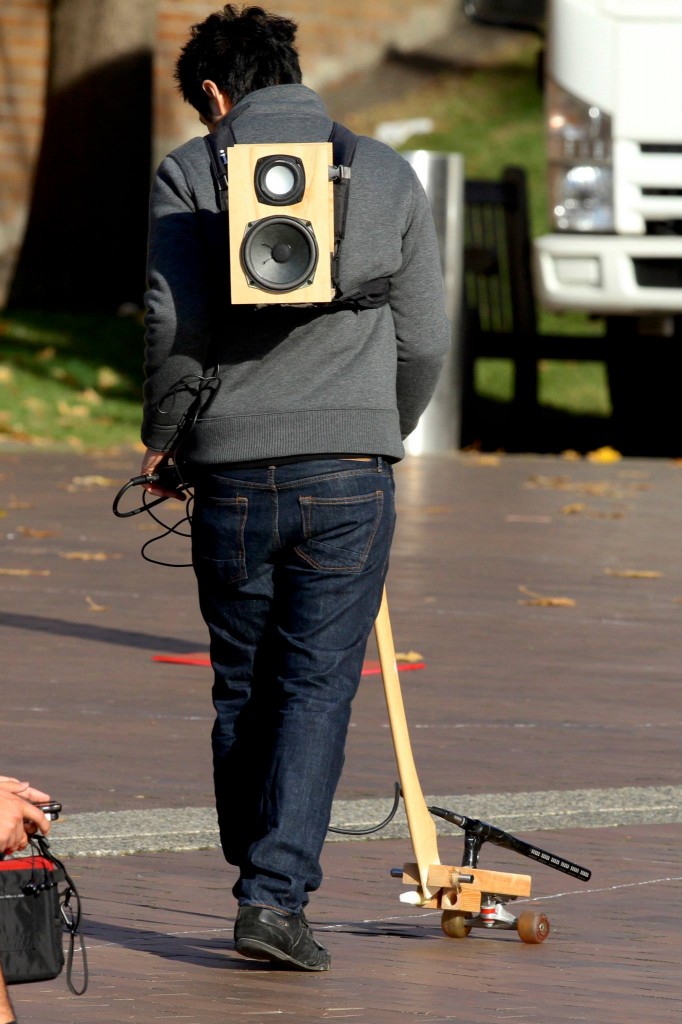 For this project, the 2 artists intervene in a landscape of “punctuated artistic activity” brought about by the Push4 Art campaign.  They push a small cart through a pre-determined space, following passers-by, and with the help of a mounted chalk under the device, trace quotidian patterns of movement on the ground.  A shotgun microphone also is aimed at the footsteps of the passers-by, and records them silently.

At the push of the ‘button’, the artists halt the recording and begin playback of the most recent sound recording through speakers they wear on their backs.  They also begin walking backwards retracing their steps and making decisions on which chalk lines to follow.  Therefore, at the moment at which a performer from the Push4 Art team is expected to begin performing, the soundscape of their space becomes filled with the quotidian sounds of banal and noisy footsteps.